May 24 marked a historic day in the Israeli Knesset as well as a day of excitement and optimism. For the first time since former Egyptian President Anwar Sadat’s visit in 1977, Jewish and Arab MKs gave speeches in the plenum in the Arabic language, with simultaneous translation into Hebrew. The day dedicated to the Arabic language was the initiative of Joint List MK Youssef Jabareen.

This first-ever “Arabic Language Day” was marked by the Knesset in order to enhance Arabic (which has official language status in Israel) and its presence in the public sphere. One of every five Israelis (the Arab citizens) speaks Arabic as their mother tongue and it is also the spoken by many Jews as well. 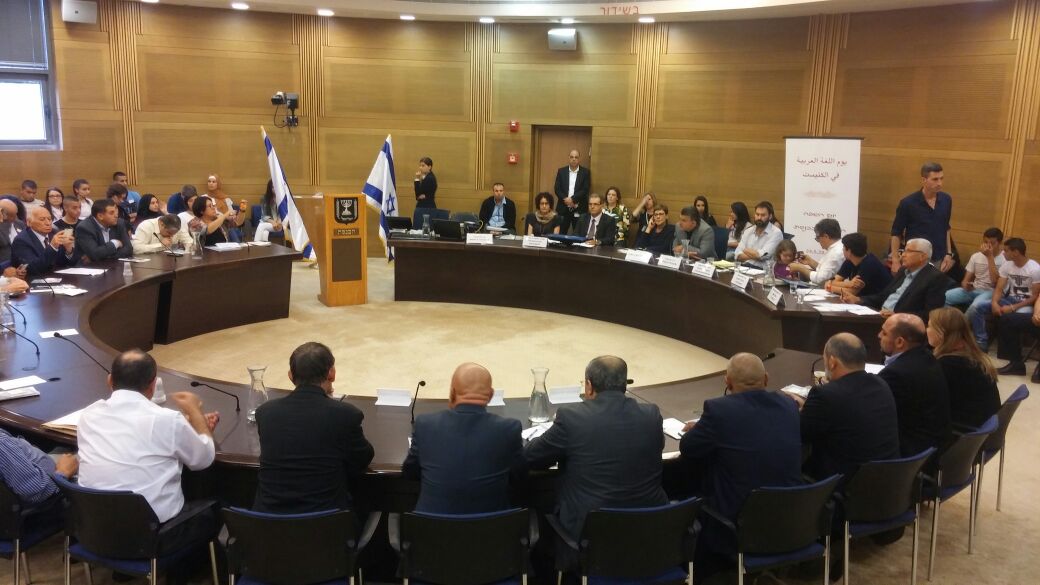 Rawnak Natour, Co-Executive Director of Sikkuy, opened her speech on Arabic Language Day with the following words (in Arabic of course): “Yesterday, when I landed in Israel, the welcome signs at the airport were only in Hebrew and English. Isn’t it strange that no one thought that being an Arab citizen of this country I deserve to be welcomed in my own language? The Arabic language must be present in the public space. It is also instrumental for holding dialogues with the Jewish citizens and a key to Arab-Jewish partnership”. 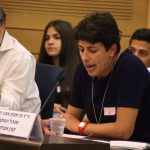 It was also moving to hear MKs Yousef Jabareen and Yossi Yona (Zionist Union) speaking in the plenum and sharing their personal connection to this language, their mother tongue.

This day also marked some additional achievements in the Knesset committees: MKs from the different parties attended the special sessions that focused on advancing and enhancing Arabic language and culture in Israeli society.

Those meetings lead to some concrete results: From the commitment for Arabic signs and information in public transportation, through providing court services in Arabic (a very complex and important step), to the groundbreaking decision about mandatory Arabic study for 5th and 6th grades in Jewish schools – a major achievement of our friends from the Abraham Fund Initiatives.

All this demonstrates that even during these very challenging times, when the public discourse is deteriorating and the rift between the Arab citizens and the state only gets worse, we can make a difference through action and by seeking out new bridges for partnership.