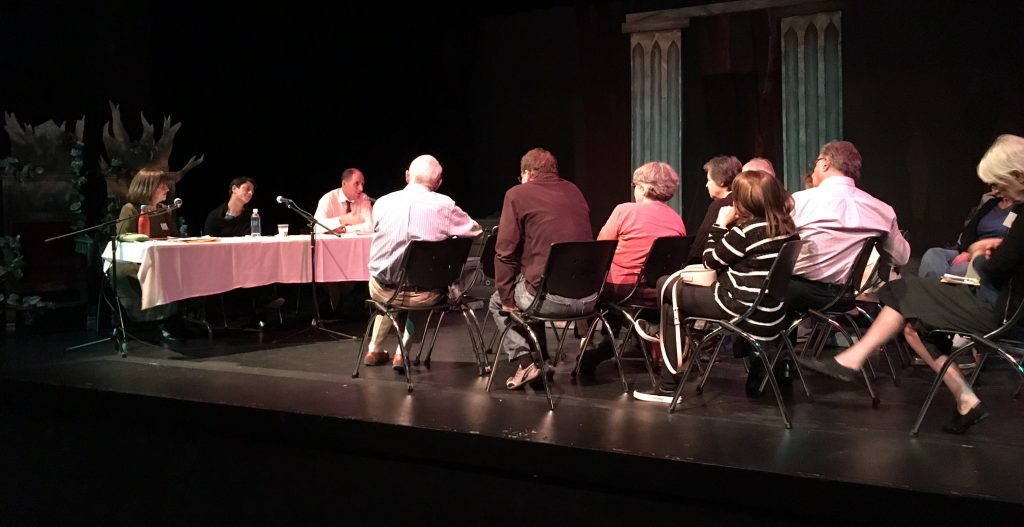 Many of Sikkuy’s friends in the USA managed to meet and greet Rawnak Natour and Ron Gerlitz, Sikkuy’s co-executive directors, in the course of a jam-packed speaking tour sponsored by the NIF that took them to public speaking and private meetings with NIF’s supporters in San Francisco, Seattle, Minneapolis-St. Paul, Chicago, Boston and Washington D.C. in one week. Wow!!

The title of their speaking events was “Towards a truly shared society in Israel: challenges and opportunities in the struggle for shared society for the Arab and Jewish Citizens of Israel”.

This title was chosen because advancing shared society is both an NIF and Sikkuy priority for the coming years. NIF is generously funding Sikkuy’s “Advancing Arab Representation in the Hebrew Media” project, aimed at fostering more fair and equal representation and coverage of Arab citizens in Israeli media by using a “Representation Index”. 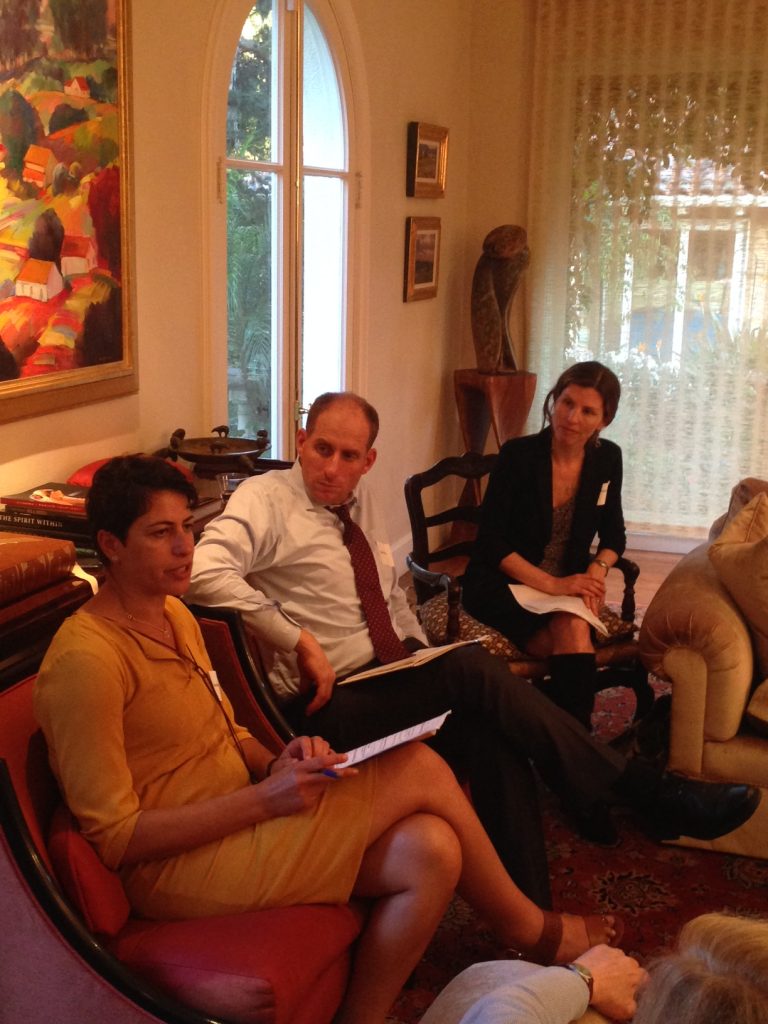 The events were well attended and a sense of excitement was felt at each meeting because people wanted to see the cooperative work of Arab and Jewish citizens for shared society (in this case Rawnak and Ron) with their own eyes. They very much wanted to hear how civil society organizations (CSOs) like Sikkuy and many others, with the support of the NIF, are having a major impact at a time when the overall political messages from the government are often confrontational toward Arab citizens and hostile to CSOs.

Rawnak and Ron communicated an important message about the conflict in Israeli society regarding shared society: There are those who are against the idea of creating shared society, want the existing discrimination to continue while requiring Arabs to swear a loyalty oath to retain their citizenship. At the same time, many voices that strongly support shared society can be heard in the streets, in the Knesset and government, and of course within the vibrant community of CSOs, many of them are being funded by NIF.

The message is that together we are a strong community using effective power in the struggle for democracy. There is absolutely NO evidence to suggest that we are going to lose the battle for Israeli democracy and for creating shared society. If we gather enough support, if we organize effectively and mobilize more people to join our struggle, we will win the battle.

Rawnak and Ron used some of their time to meet with Sikkuy’s friends and supporters. More than anything, these great partners wanted to get a detailed update about the historic government plan 922 – the plan for economic integration of Arab society through the correction of distortions in government allocations mechanisms

Ron and Rawnak described Sikkuy’s involvement in formulating the plan. They also presented Sikkuy’s new initiative to accelerate successful implementation of this plan by the government ministries and the Arab municipalities – which means making sure that more funds will be successfully transferred to the goals they were intended for. An increase of 10%-20% in current implementation rate means and increase of 1-2 BILLION Shekels in funding for Arab citizens.

Sikkuy is very proud to receive such wonderful support from the NIF and wishes to thank them for inviting us to this great tour in the US, and to thank the NIF Israel and USA team for successfully organizing it.

Plans are now underway for Rawnak and Ron’s next visit to North America. Stay tuned!