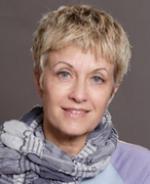 Avirama Golan is the co-chair of Sikkuy from June 2015.

Avirama is a highly regarded journalist, author and translator.  From 1983 she was a writer and editor at the newspaper “Davar”. From 1991 she was a writer and a member of the editorial board of “Haaretz” and since 2012 she has been the director of the Center for Urban and Mediterranean Culture in Bat Yam.  She has also taught literary theory at Tel Aviv University, published three novels and five children’s books and continues to publish on the Op-Ed pages of “Haaretz” and in “Liberal”.  She joined Sikkuy’s board in 2009.